I find family history more embracable when there are physical connections that we can see and touch. It shows us in our present time that these ancestors really did live and walk these places. With Mother’s Day creeping up on us, I thought I would share what Statues I have found online of our maternal Grandmothers.

In the picture below, of the Luxembourg Garden  in  Paris is the statue of my Ancestral Grandmother, Matilda of Flanders. 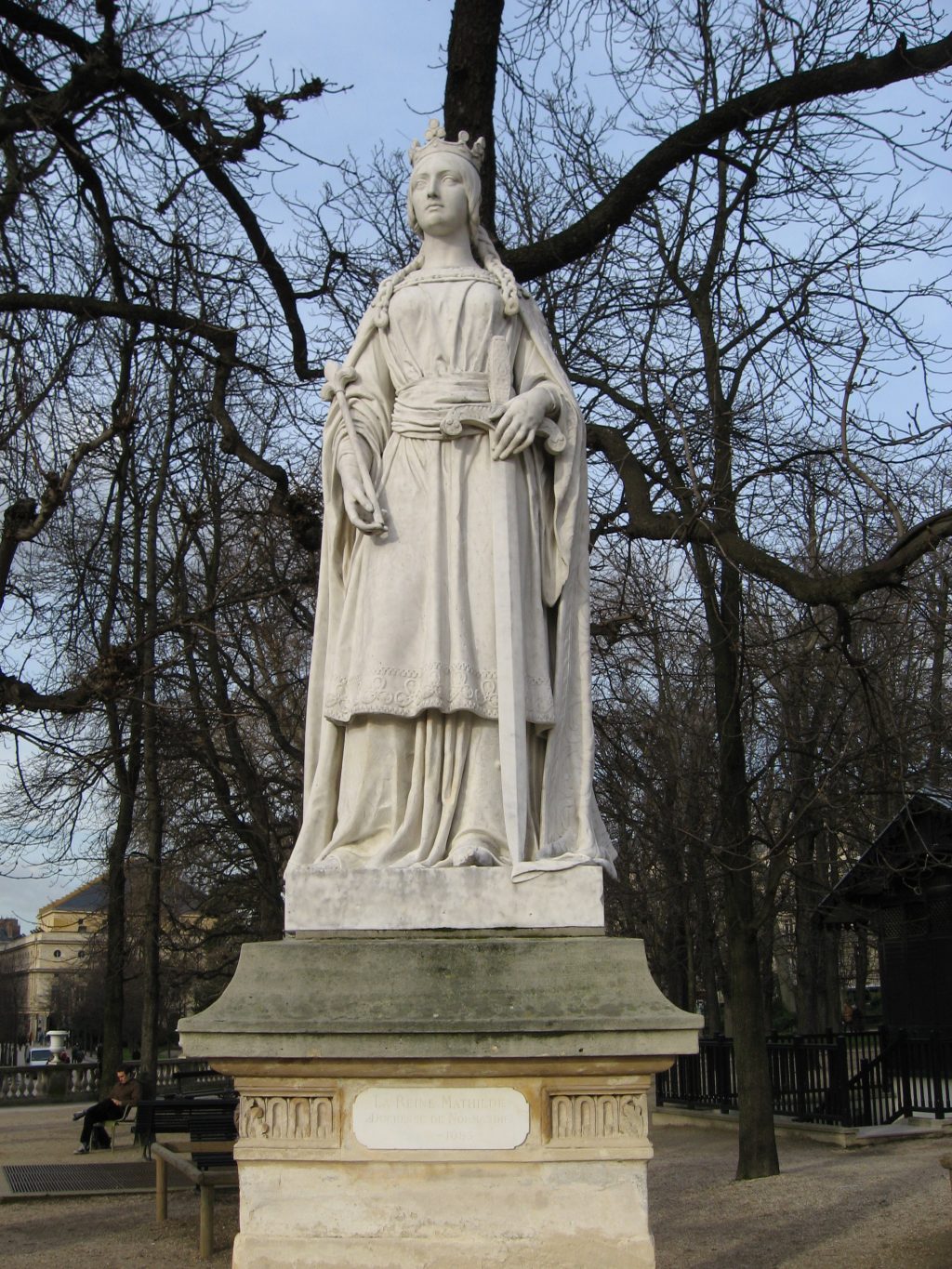 This is my ancestral grandmother,info from Wiki, “Matilda of Flanders (French: Mathilde de Flandre; Dutch: Mathilda van Vlaanderen) (c. 1031 – 2 November 1083) was the wife of William the Conqueror and, as such, Queen of England. She bore William nine or ten children who survived to adulthood, including two kings, William II and Henry I.” I descend from her son, King Henry 1.

This statue resides in the Luxembourg Garden In Paris. 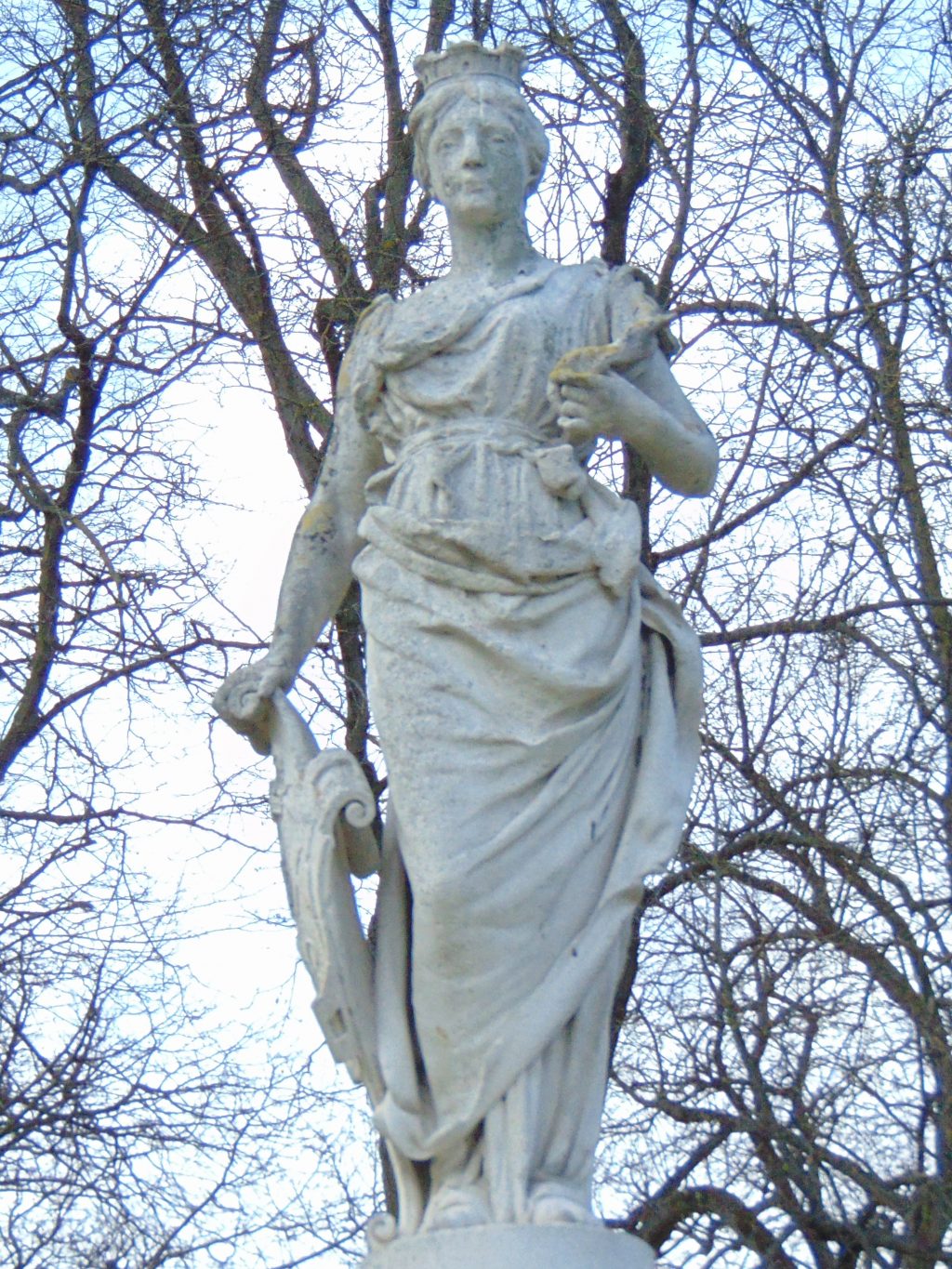 My ancestral grandmother, Poppa of Bayeux was the Christian wife or mistress[1] (perhaps more danico)[2] of the Viking conqueror Rollo. She was the mother of William I Longsword and grandmother of Richard the Fearless, who forged the Duchy of Normandy into a great fief of medieval France.[3] Dudo of Saint-Quentin, in his panegyric of the Norman dukes, describes her as the daughter of a “Count Berengar”, the dominant prince of that region, who was captured at Bayeux by Rollo in 885 or 889.[4] This has led to speculation that she was the daughter of Berengar II of Neustria. Despite the uncertainty of her parentage, she undoubtedly was a member of the Frankish aristocracy.[5]

A statue of Poppa stands at the Place de Gaulle in Bayeux, France. Poppa was the Great, Great, Great Grandmother of King William 1, Matilda’s husband.

Next we have my Ancestral Grandmother, Queen Eleanor of Castile who was married to King Edward 1. She has a number of statues in the UK. 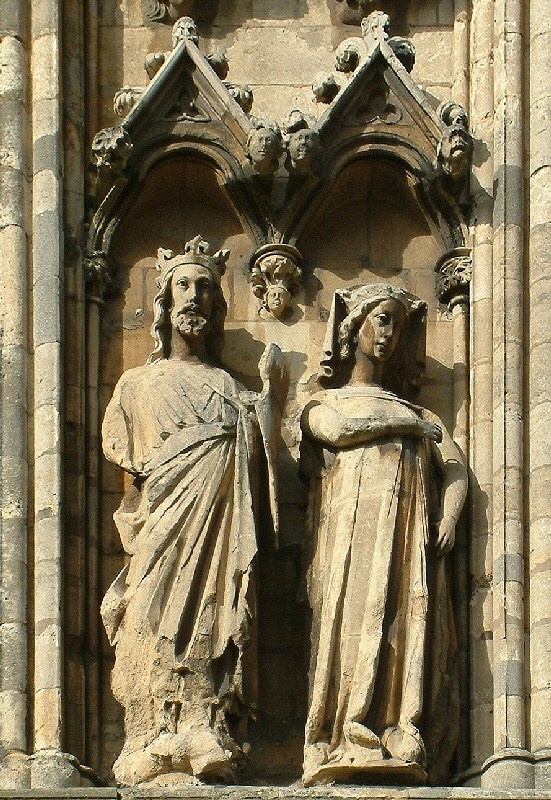 This is a photo of King Edward I and Queen Eleanor of Castile, Lincoln Cathedral. by Von Lincolnian (Brian).

From Wiki, “Eleanor however was literal.  She went about with Edward constantly. The fact of her accompanying him on crusade is well known.  Less so is the fact that throughout his reign it is very difficult, apart from active duties in the Welsh War, to find a night when the two were apart. As a result it appears that the diary imperatives of each were factored into each other’s lives and the court of Edward can be seen to move with four drivers: Parliament, war, childbirth and Eleanor’s property business.  It perhaps reflects this extreme habit of consorting together that Eleanor tends to refer to herself in relation to Edward as his “companion”.”

They were married as teenagers, grew up together and their is told of a deep love story. There are Crosses standing that reflect that devotion.Queen Eleanor died near Lincoln in 1290. King Edward I had her body moved to Westminster and 12 crosses were erected at the sites where they rested overnight on the journey. There are three surviving crosses, including the one in Northampton. 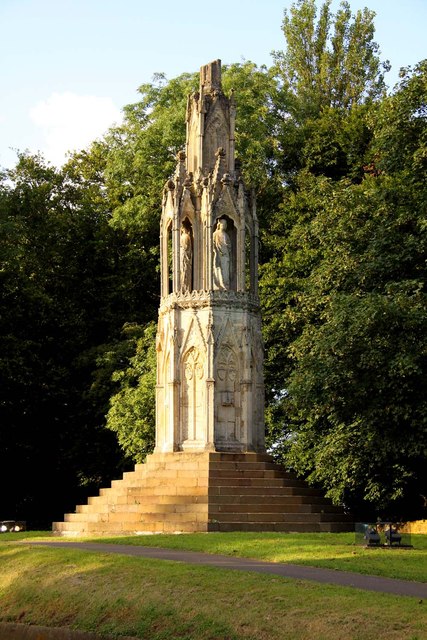 This is Queen Eleanor’s Cross on London Road. There are two other crosses still standing, all have sculptures of Eleanor within them. Queen Eleanor of Castile has both her mother and mother in law, captured in scupltures.

Next we have my Ancestral Grandmother, Queen Eleanor of Aquitaine, mother of Eleanor of Castile. 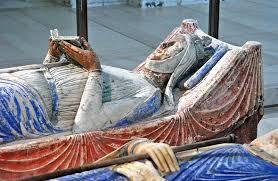 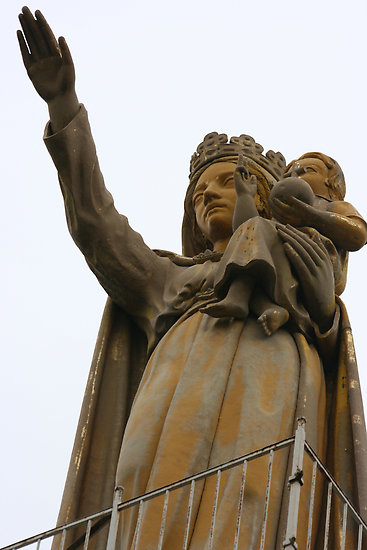 Eleanor of Aquitaine (French: Aliénor d’Aquitaine, Éléonore, Latin: Alienora; 1122  – 1 April 1204) was a Queen consort of France and England. As a member of the Ramnulfids (“House of Poitiers“) rulers in southwestern France, she was one of the most powerful and wealthiest women in western Europe during the High Middle Ages. She inherited the Duchy of Aquitaine from her father, William X, in 1137 and, by successive marriages, became Queen of France (1137–1152) and then of England (1154–1189). She was patron of literary figures such as Wace, Benoît de Sainte-Maure, and Bernart de Ventadorn. She led armies several times in her life and was a leader of the Second Crusade. (Mother of Eleanor, Queen of Castile)

Next, we have my Ancestral Grandmother, Eleanor of Provence, the mother in law of Queen Eleanor of Castile.

Although she was completely devoted to her husband, and staunchly defended him against the rebel Simon de Montfort, 6th Earl of Leicester, she was very much hated by the Londoners. This was because she had brought a large number of relatives with her to England in her retinue; these were known as “the Savoyards”, and they were given influential positions in the government and realm. On one occasion, Eleanor’s barge was attacked by angry citizens who pelted her with stones, mud, pieces of paving, rotten eggs and vegetables.

Eleanor was the mother of five children, including the future King Edward I of England. She also was renowned for her cleverness, skill at writing poetry, and as a leader of fashion.”

Statue of Beatrice of Savoy in Les Échelles (Savoy, France)

Grave of Beatrice of Savoy in Hautecombe Abbey

Hautecombe Abbey (Latin: Altæcumbæum) is a former Cistercian monastery, later a Benedictine monastery, in Saint-Pierre-de-Curtille near Aix-les-Bains in Savoy, France. For centuries it was the burial place of the members of the House of Savoy. It is visited by 150,000 tourists yearly.

From Wiki, “Her paternal grandparents were Humbert III, Count of Savoy, and Beatrice of Viennois. Her maternal grandparents were William I, Count of Geneva and Beatrice de Faucigny. Beatrice of Savoy’s mother, Margaret was betrothed to Philip II of France. While Margaret was travelling to France for her wedding, she was captured by Beatrice’s father, Thomas. He took her back to Savoy and married her himself. Thomas’ excuse was that Philip II was already married, which was true.

Beatrice was the tenth of fourteen children born to her parents. Her siblings included: Amadeus IV, Count of Savoy; Thomas II of Piedmont; Peter II, Count of Savoy; Philip I, Count of Savoy; Boniface of Savoy, Archbishop of Canterbury; Avita the Countess of Devon; and Margherita of Savoy wife of Hartmann I of Kyburg.”

I descend from her daughter Eleanor of Provence

My Ancestral Grandmother, Margaretof Geneva was actually stolen in marriage.

She was supposed to become the third wife of Philip II of France. However, when her father was escorting her to France in May 1195, Thomas I of Savoy carried her off. Attracted by her youth and her beauty, Count Thomas then married her himself, claiming that Philip II was already married (the French King had married Ingeborg of Denmark in 1193 but had repudiated her soon thereafter). Margaret’s father fell sick and died after the wedding, and her mother died the following year. Margaret was the mother of either 14 or 19 children. I descend from her daughter Beatrice of Savoy.

The fact that I descend from a lineage that includes Crusade leaders, political activists, among other things explains a lot.The Grandmothers I knew were very strong with confirmed convictions and opinions. I am not sure how many generations carry personality traits but I like to think they carry for a long, long time.

For precise lineage, links, further reading, see my other page on Royalty here.