How marvelous, wondrous and fleeting is Tim.

Scarce has the ink of our last editorial dried seemingly before it is time once more to buy a ream of paper, bottle of ink, box of pens and start again that exciting and interesting paper known as the Allen Gazette of which modesty forbids us saying that the Editorial is not the least part.

The most obvious subject – the problem against which we constantly find ourselves striving – the nightmare which makes our sleep broken and turns our hair gray and our pockets empty – that subject is H.C.L. THE HIGH COST OF LIVING.

Economy is a word of which we long thought we knew the meaning but the present situation shows us that alas! we are only too ignorant of the A.B.C.’s of it.

The various members of this highly original family  have already solved to their own satisfaction this problem so vital to the community.

Mary Cataline Allen only goes to the movies once a week.

Picker Populous Allen is planning to have his next spectacles made of tin instead of glass to avoid breakage.

Elizabeth Montgomery Allen cuts her own corns and is much surprised when in the morning she gets dressed-down instead of dressed-up as is her usual procedure.

Barbara Bellevue Allen dyes her hair ribbons and wear made overs. It’s a lucky sister of B. is long of limb.

Henry Grasshopper Allen denies himself the solace of a smoke except when his wife finds his tobacco.

Inez Angular Kohler uses only one piece of toilet paper.

John Angular Kohler is raising his own teeth this saving the price of a false set.

Stanley Thirsty makes one pair of pants to the work of two.

Marjorie Asking Torrey wears only one pair of stockings at a time.

Charles Angelous and Eve Bibulous Fischer are obliged to take their vacation on a farm where they will work for their board. 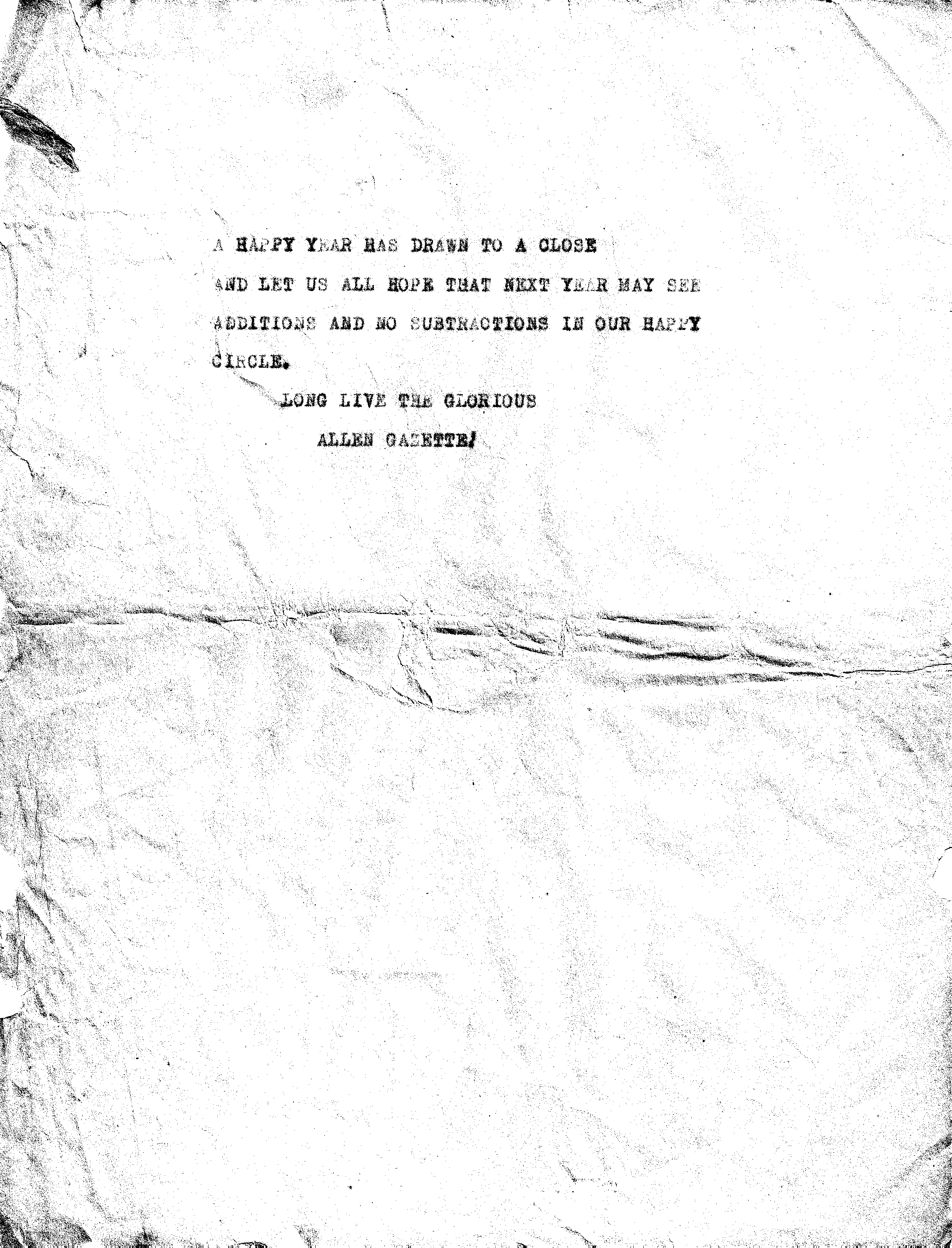