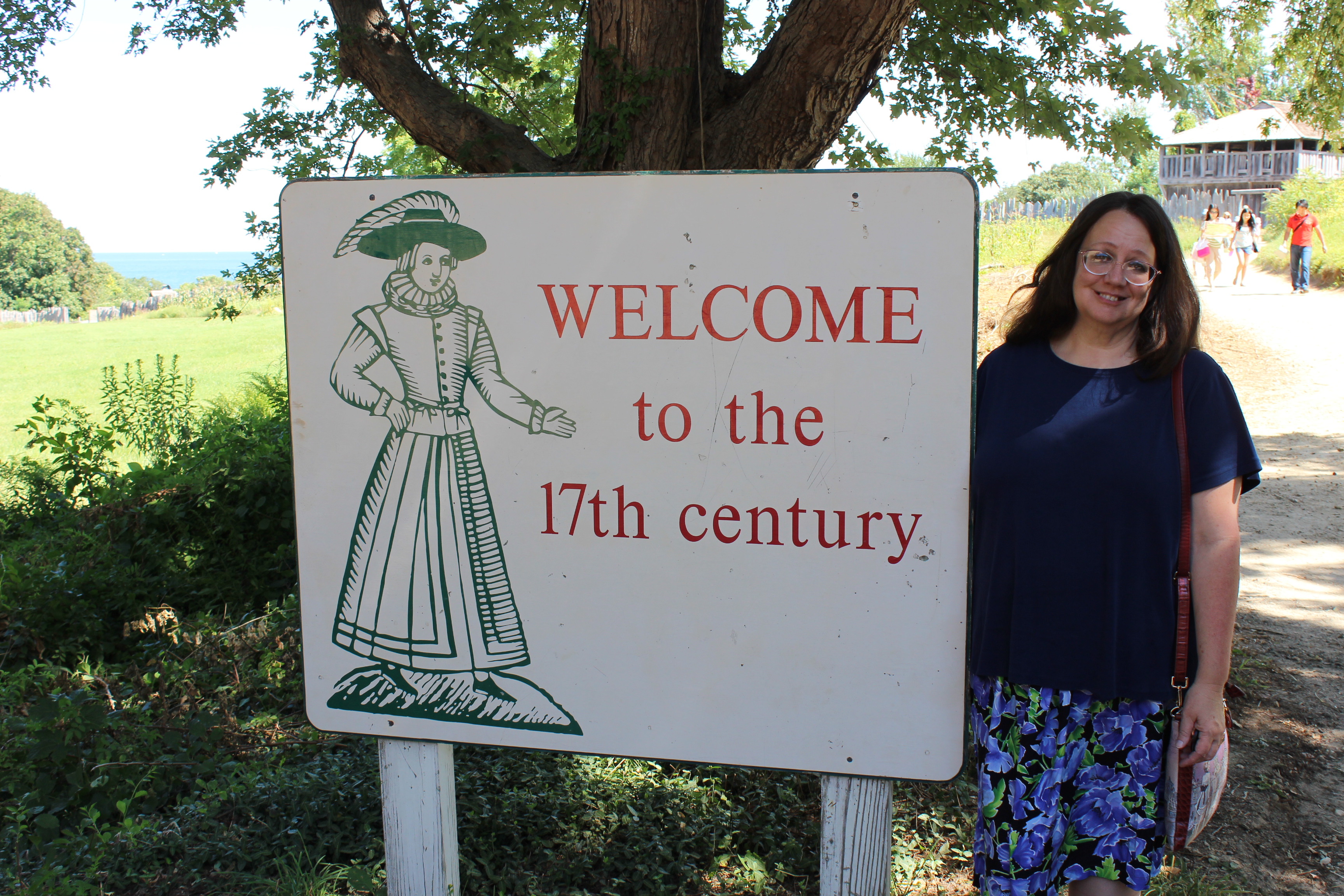 I finally got to Plymouth Plantation!!!  And I did what I came to do! I stood for a photo in front of the right house with the right Grandparent! I talked to Grampa John and hung out in Grammy Priscilla’s garden. I had Paul with me to play photographer and he did an awesome job.

I must add, you would have loved Francis Cooke. Paul found him inside a home and signaled me over as he knew I would love the banter that was happening. Francis Cooke was adding adobe to the interior walls of a home being rebuild. Nearly a dozen people stood inside and watched the work he and Mr. Billington were doing. One observer, a tall man was questioning politics of Mr. Cooke. The man sounded well educated and informed. He was not taunting Mr. Cooke rudely, but gave him a run for his money in this political discussion.  The two men bantered back and forth for nearly 20 minutes. Voices were raised and the banter quite lively. Attitudes were argued, the Queen questioned, the bible, beliefs and political agendas.

I was quite impressed by Mr.Cooke’s ability to answer every question with thoroughness, quick wit and intelligent explanation. You, Dear Grammy, would have quite enjoyed the intellectual banter and would have been hard pressed to stay out of it.

When the man left, he was very well impressed with Mr. Cook and parted by saying, “Well done” and with a nod, he left. You would have loved it.

Wish you were there with me,