January 3, 2014 in Finding my way through Geneaology • 0 Comments

You can find all kinds of charts free for download on the internet.The problem is that they don’t hold many generations.  I would very much like to have a fan chart to put on the wall as it is a quick viewing guide to my work and shows me where I need to focus.The visual cues would make things so much easier than sifting through pages of charts.

In hopes of a resolution, I have been experimenting with fan charts that I draw myself, in hopes of solving my dilemma. Being a visual learner, I mocked up a fan chart and watched spaces cut in half with each generation, I quickly ran of out enough space in which to write names. But what I did discover were the spaces left blank where my research ended on some family lines could be used for expanding ones. I decided that instead of skinnier and skinnier spaces, I would allow remaining family members to spread out into their neighbors fan space.The fan chart would be wider on the back end for known families.

Although this may not be a traditional fan chart, it will work visually for me. I will be able to see at a glance, which lines are ready for historical text to be written and which lines are still uncharted. 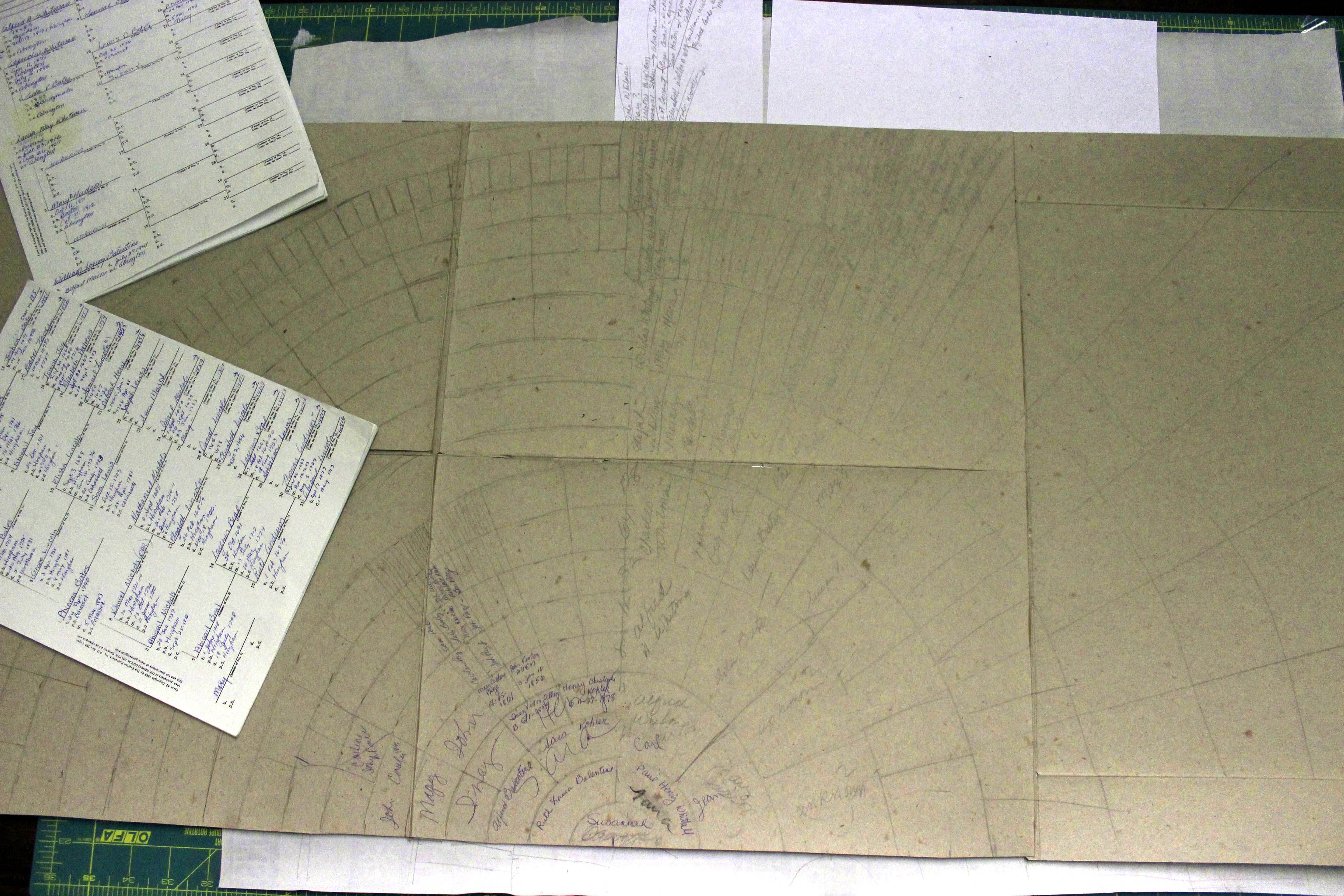 Here is a photo of my trial and error mockup as I tested and tried and ultimately crafted an answer for myself. It has varying plans and attempts all layered on top of each other. If you have suffered as well through this, the photo might makes sense.For others, use what I have here to save yourself some anguish.

Now that I know in which direction to head, I feel purposeful. I just need proper poster board, on which to craft each line in my loveliest penmanship for hanging. At least I got myself this far.