I am John Page Jr. I was born in Quincy, Massachusettes on March 14, in 1834 to John Page Sr. and Mary Newcomb. 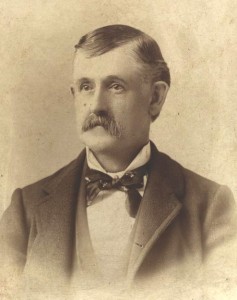 My Great Grandfather was Nathaniel Page who is famous for carrying the first American flag into the first battle that began the American Revolution. Many of my ancestral Grandfathers on both maternal and paternal sides and related Uncles fought in that war.

When I was 25 years old, I married Caroline Lucinda Parker. She was from Woburn, Massachusetts so that is where we married. We stayed in Woburn for at least two years as that is where our first daughter, Mary Caroline was born in 1861. 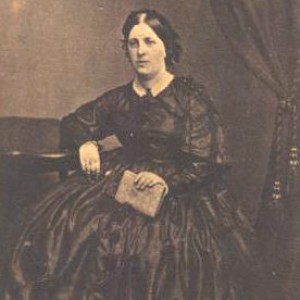 No earlier than 1862, we then moved to Quincy,  and bought a house in the center of town. It had a large barn and that is where I started my Tannery business. 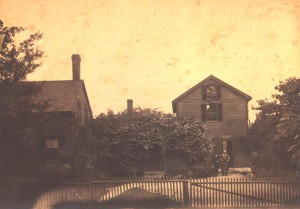 Caroline and I had a second daughter; Alice. I worked in the Tannery and Caroline was a homemaker. We had a maid for help with housework. We were active with our family and neighbors. Sadly, Caroline died at the age of 28 one winter of Pneumonia when the girls were only 4 and 2 years old. Before her death, Caroline had written to her sister in Woburn on a regular basis. When Mary and Alice were older, Carolyn’s sister gave her nieces the letters from their mother, so they would have memories of her. Those letters can be read on this blog under the title, Carolyn’s Letters.