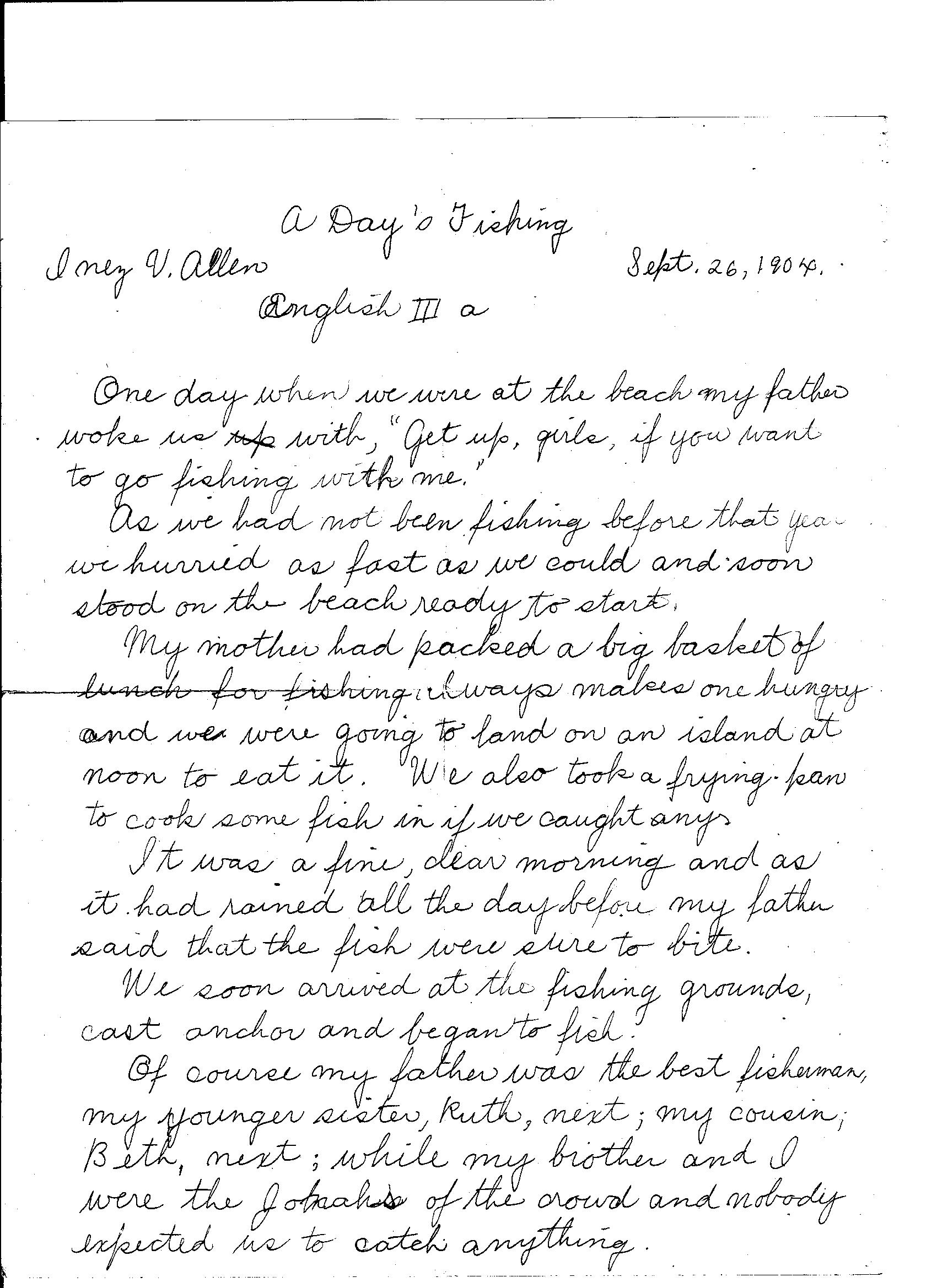 This is a school paper written by Inez Allen Kohler in 1904.I have typed it as written and will later figure out how old she was an what grade this was. Enjoy!

One Day when we were at the beach my father woke us up with, “Get up, girls, if you want to go fishing with me.”

As we had not been fishing before that year we hurried as fast as we could and soon stood on the beach ready to start.

My mother had packed a big basket of lunch for fishing always makes one hungry and we were going to land on an island at noon to eat it. We also took a frying pan to cook some fish in if we caught any.

It was a fine, clear morning and as it had rained all the day before my father said that the fish were sure to bite.

We soon arrived at the fishing grounds, cast anchor and began to fish.

Of course my father was the best fisherman, my younger sister, Ruth, next; my cousin, Beth, next;while my brother and I were the Jonahs of the crowd and nobody expected us to catch anything.

The fish were very hungry and in a short time everybody had caught fish but me and I had had only one bite.

I fished for about two hours and then caught one tiny fish three inches long.

At noon we landed on the island and took account of stock. We found we had eighteen flounders and four perch. We cleaned the perch and a few flounders and fried them over a driftwood fire.

When we had eaten our dinner we set out again and I mentally resolved to catch some fish this time. So with a ” do or die” expression I cast my line over and waited.

I felt a nibble. I waited a second and then started to pull up. But my line was so heavy that I couldn’t, so my father helped me and to gether we pulled up a battered rusty can half full of mud!!!

At about four o’ clock we went home with about thirty fish, large appetites and fiery red complications. 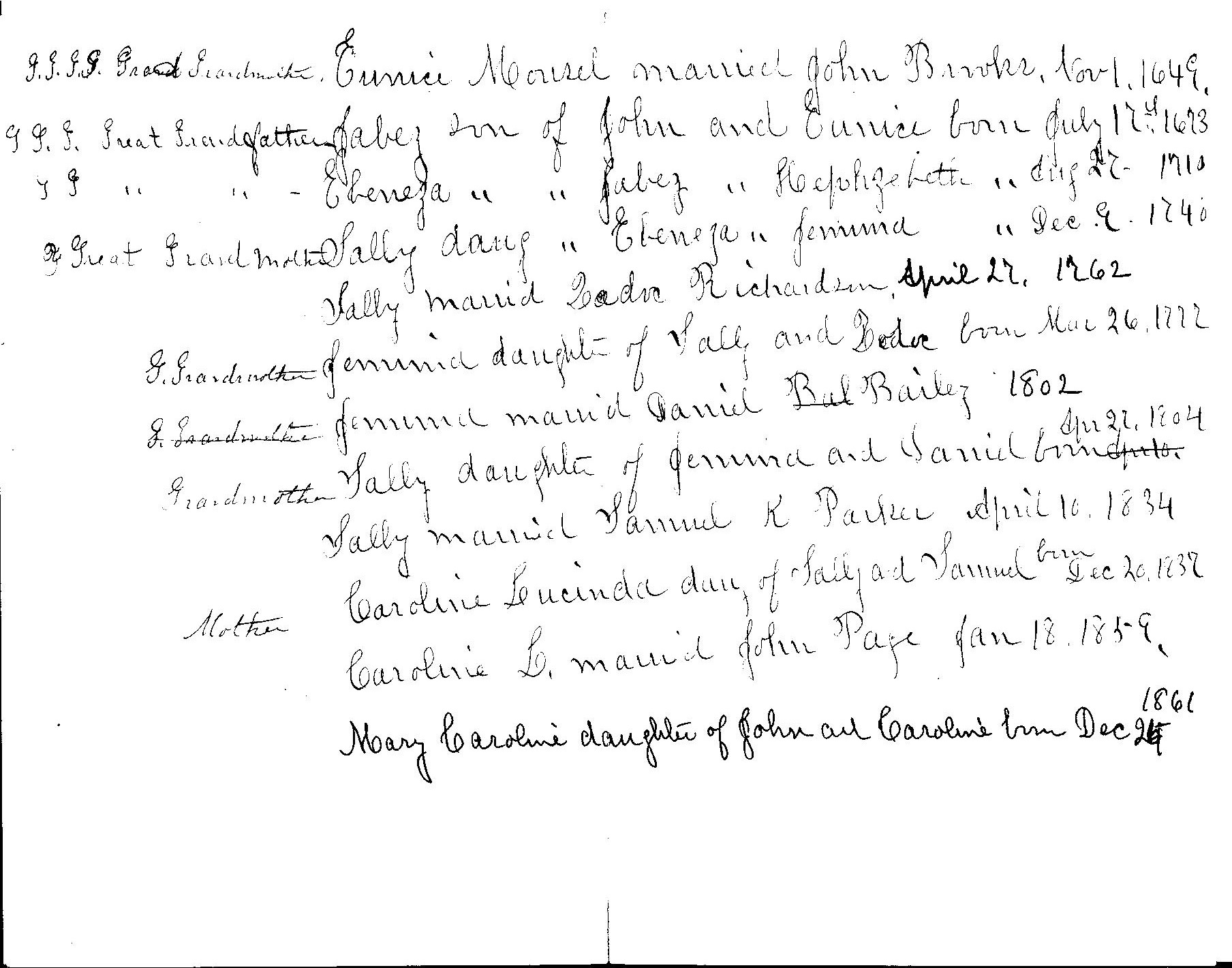